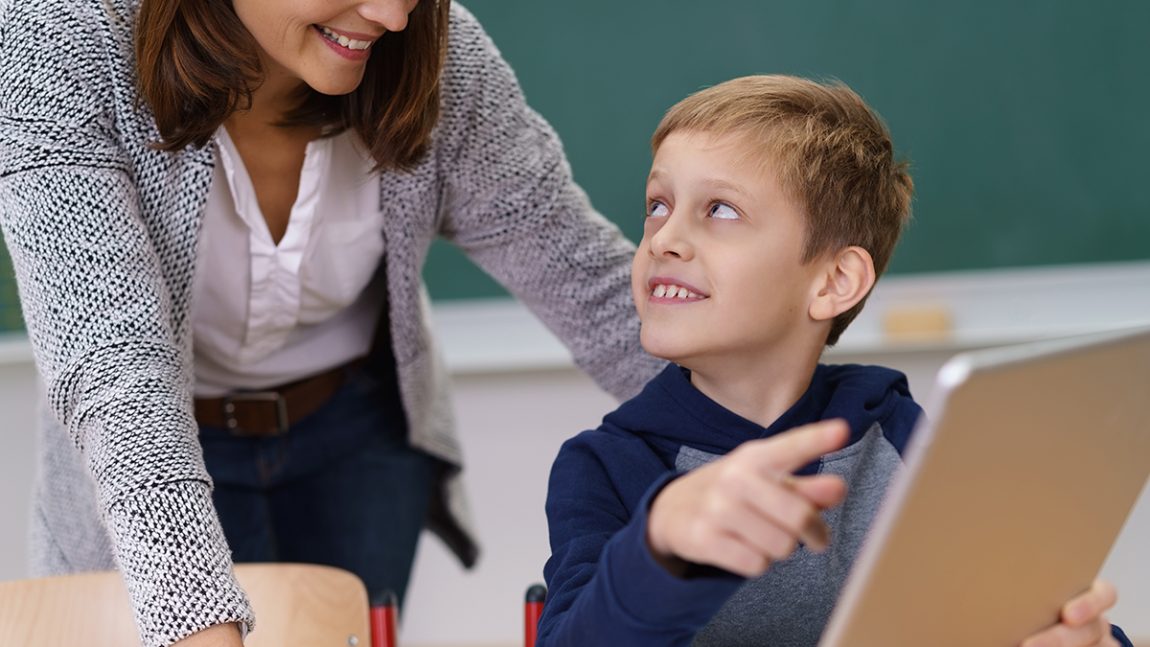 “The times they’re a-changing” Bob Dylan sang in the distant ’64. He was right then, he is right now, the only difference being the changes now happen by leaps and bounds. Most of these are related to technology, either inside or outside the classroom. Our discussions with parents quite often revolve around mobile and tablets. For the majority they are viewed as impediments to learning, social life, systematic study, and a thousand or two more.

We live this invasion daily in the classroom. The purpose of a classroom, its basic function, is to be an isolated, non-disruptive learning space. The reason such an environment is needed is to help develop a relationship between teachers and children that results in learning. A charismatic teacher can create a literally magical atmosphere; all of us have lived this atmosphere more commonly as students, some of us as teachers.

But now that relationship is changing. I have seen the word “eroded” used but I am not pessimistic. I prefer to stick to “changing”. Now the question is not the knowledge of information but its retrieval in some way. Not the acquisition of knowledge but the access to it.

I was reading an article about a foreign language teacher who gave his students in a literary text to study and translate in the classroom. He wanted to see, through the activity, how much their criterion had developed, whether they could see the different meanings the author had given to the same word in the text, and how their understanding of the language would expand through this activity. That was also the purpose. Of course a large number of students copy pasted it on google translate. It was very tempting not to. He was disappointed to conclude that technology has destroyed something unique, unfortunately irreversibly.

He is not the only voice to support this. There are many who say that with the advent of the computer first, the internet later, and now the smart phones in the classroom, the boundaries between the social, the academic and the professional environment have become more blurred. Since we have examples of priests answering their cell phones during a ceremony, or referees in the middle of a game how can you expect children to resist such a temptation?

But are things really that bleak? Are we really being led into a form of education where the role of the teacher will simply be one of guidance by failing to inspire, motivate and excite? Will our relationship to knowledge be just one of access and not one of a life transforming experience?

I smile while writing it, because I’m sure something similar was written when television first appeared. If you remove the word cell phone or tablet from the above and replace it with another, you have an all too familiar, perpetual gripe.

My point is that it is not the fault of the media. The means is rarely the culprit. In this case, the generational divide seems a more likely one. Developments have been happening much faster since my friend Bob Dylan sang. Then the parent and teacher had more time to adapt to new technology and adapt their environments in such a way that they that they would fruitfully incorporate the technology and in many cases use it effectively.

But when change does not take place over time, then we have an inability to understand the medium and its potential. Talking to many parents, it is obvious that we always know that the child has been working on the cell phone or tablet for many hours, without knowing what to do with it.

One parameter to keep in mind is that your tablet or computer has absorbed a great deal of functionality from other devices. We will use it to watch a movie, listen to music, talk to friends, search for information and so much more. For the casual observer it seems like a single, solitary whereas in fact there is pluralism as well as definite social aspect.

So to say that a cell phone or tablet is “good” or “bad” is a simplistic answer. We need the right questions. Does it affect the child and how? Does it help in his lessons? If not, could it help and how? Does he do just one activity on it or more? Does he talk to his friends or is engrossed in something that isolates him?

By coming close, by developing an understanding, we manage to develop a yardstick. It is a much more effective process than the usual two or three hour limit. One key point is to intervene early. Because, the way the relationship between children and parents works is of prime significance. If we manage to make what is available to us work complementary or even supportively, we will be very lucky. Working in technology-based rooms we see the response. We see the result. It would be simply a step to the past not to use any “weapon” at our disposal.

It is tempting to condemn anything new and hard to grasp, but it’s rarely the answer. The answer to this question has its root, like so many others, to the kind of relationship we develop with our children.